Tis’ the season to fall in love and be merry. So here are my top picks for the season.

Josie is a chef who takes a summer job in a small town in Alaska before coming back home to her dream job, and she instantly falls in love with the town of Ponder. There she hones her craft as a chef and becomes attracted to a man named Palmer. Soon, the two are in love, but Josie is still determined to leave at the end of the summer so that her career goals can be met. Due to circumstances beyond her control, however, she ends up staying in Alaska for the holidays – and what a magical holiday it ends up being.

Sydney is a lawyer who also takes care of her ailing, wheelchair-bound grandmother. Her grandmother, Miss Callie, often takes taxi rides to get where she needs to go, and when she ends up with Finn as her driver, she enlists his help in finding her granddaughter a date for the upcoming Christmas holidays. As soon as Finn meets Sydney, he is attracted to her, but even though he is willing to help Miss Callie with this task, he wonders if she has ulterior motives in mind.

Season of Wonder by RaeAnne Thayne

Dani is the divorced mother of two young girls, and when she is offered a chance to start over again, she finds herself in a small town in Idaho in charge of a veterinarian clinic. Her daughters aren’t as crazy about the town as she is, and when the three of them meet their neighbor, a deputy sheriff named Ruben, Dani tries to avoid him because she doesn’t want her heartbroken again. But, Ruben is starting to care for her daughters, and he is about to show her what Christmas is like in their small town, feeling confident she’ll never want to leave afterward.

In an uplifting story that involves Christmas and three different couples, the Christmas spirit found in the town of Crossroads, Texas, cannot be overlooked. Griffin is a man who is about to lose his ranch and thinks marrying a wealthy woman might be the answer to his prayers. Jaxon is a loner who likes his solitude until a car accident brings a stranger to his door. And Jamie Johnson, who enjoys being single, finds a strange man lying on her sofa, whom everyone thinks is her husband. Often funny and heartwarming to the end, this is one story you’ll never forget.

Julia is bubbly and pleasant but has a grumpy, Scrooge-like neighbor named Cain. The two do not get along, but Julia is determined to change that. She starts a blog called Twelve Days of Christmas and begins to kill him with kindness, doing things such as bringing him homemade Christmas treats. Eventually, the two become enamored with one another, but what will Cain do when he finds out Julia has been chronicling their relationship online? 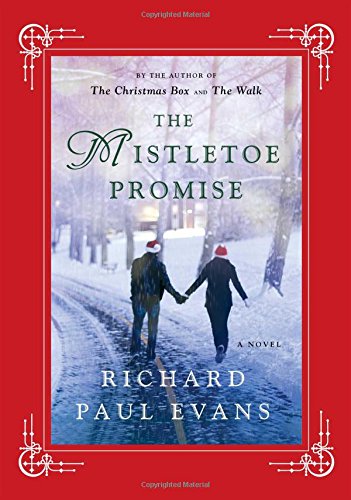 Elise is broken after her divorce, and when it gets close to the Christmas season she becomes even more apprehensive. After all, no one wants to be alone during the holidays. When a neighbor offers her a proposition that involves them being a “fake” couple until Christmas, she is surprised to hear herself accepting it. But, these are two people with secrets, and they are secrets that eventually threaten the newfound joy she is finding in their fake relationship.

The Christmas Secret by Donna VanLiere

Christine is a single mom to two young children and is struggling to make ends meet. Her waitressing job allows her to get by, but she is in danger of losing it because of unreliable babysitters. When she saves a woman’s life in Wilson’s Department Store, the owner of the store wants to thank her. But, unfortunately, Christy has already left the store. He asks his grandson Jason to find this mysterious young woman, but the task offers him more than he bargained for. A sweet holiday tale that teaches you how important faith and hope are not just at Christmastime, but all year long.

Which one will be you reaching for?Christ

2 thoughts on “Christmas Books To Snuggle With”